Overview
The thyroid is a small, butterfly-shaped gland located at the base of your neck just below the Adam’s apple. It’s part of an intricate network of glands called the endocrine system. The endocrine system is responsible for coordinating many of your body’s activities. The thyroid gland manufactures hormones that regulate your body’s metabolism.

Several different disorders can arise when your thyroid produces too much hormone (hyperthyroidism) or not enough (hypothyroidism).

Hyperthyroidism
In hyperthyroidism, the thyroid gland is overactive. It produces too much of its hormone. Hyperthyroidism affects about 1 percent of women. It’s less common in men.

Graves’ disease is the most common cause of hyperthyroidism, affecting about 70 percent of people with an overactive thyroid. Nodules on the thyroid — a condition called toxic nodular goiter or multinodular goiter — can also cause the gland to overproduce its hormones.

Excessive thyroid hormone production leads to symptoms such as:

A blood test measures levels of thyroid hormone (thyroxine, or T4) and thyroid-stimulating hormone (TSH) in your blood. The pituitary gland releases TSH to stimulate the thyroid to produce its hormones. High thyroxine and low TSH levels indicate that your thyroid gland is overactive.

Treatments for hyperthyroidism destroy the thyroid gland or block it from producing its hormones.

Hypothyroidism is the opposite of hyperthyroidism. The thyroid gland is underactive, and it can’t produce enough of its hormones.

Hypothyroidism is often caused by Hashimoto’s disease, surgery to remove the thyroid gland, or damage from radiation treatment. In the United States, it affects around 4.6 percent of people 12 years old and older. Most cases of hypothyroidism are mild.

Too little thyroid hormone production leads to symptoms such as:

Your doctor will perform blood tests to measure your TSH and thyroid hormone levels. A high TSH level and low thyroxine level could mean that your thyroid is underactive. These levels could also indicate that your pituitary gland is releasing more TSH to try to stimulate the thyroid gland to make its hormone.

Hashimoto’s disease is also known as chronic lymphocytic thyroiditis. It’s the most common cause of hypothyroidism in the United States, affecting about 14 million Americans. It can occur at any age, but it’s most common in middle-aged women. The disease occurs when the body’s immune system mistakenly attacks and slowly destroys the thyroid gland and its ability to produce hormones.

Some people with mild cases of Hashimoto’s disease may have no obvious symptoms. The disease can remain stable for years, and symptoms are often subtle. They’re also not specific, which means they mimic symptoms of many other conditions. Symptoms include:

fatigue
depression
constipation
mild weight gain
dry skin
dry, thinning hair
pale, puffy face
heavy and irregular menstruation
intolerance to cold
enlarged thyroid, or goiter
Hashimoto’s diagnosis and treatment
Testing the level of TSH is often the first step when screening for any type of thyroid disorder. Your doctor might order a blood test to check for increased levels of TSH as well as low levels of thyroid hormone (T3 or T4) if you’re experiencing some of the above symptoms. Hashimoto’s disease is an autoimmune disorder, so the blood test would also show abnormal antibodies that might be attacking the thyroid.

There’s no known cure for Hashimoto’s disease. Hormone-replacing medication is often used to raise thyroid hormone levels or lower TSH levels. It can also help relieve the symptoms of the disease. Surgery might be necessary to remove part or all of the thyroid gland in rare advanced cases of Hashimoto’s. The disease is usually detected at an early stage and remains stable for years because it progresses slowly.

Graves’ disease was named for the doctor who first described it more than 150 years ago. It’s the most common cause of hyperthyroidism in the United States, affecting about 1 in 200 people.

Graves’ is an autoimmune disorder that occurs when the body’s immune system mistakenly attacks the thyroid gland. This can cause the gland to overproduce the hormone responsible for regulating metabolism.

The disease is hereditary and may develop at any age in men or women, but it’s much more common in women ages 20 to 30, according to the Department of Health and Human Services. Other risk factors include stress, pregnancy, and smoking.

When there’s a high level of thyroid hormone in your bloodstream, your body’s systems speed up and cause symptoms that are common to hyperthyroidism. These include:

A simple physical exam can reveal an enlarged thyroid, enlarged bulging eyes, and signs of increased metabolism, including rapid pulse and high blood pressure. Your doctor will also order blood tests to check for high levels of T4 and low levels of TSH, both of which are signs of Graves’ disease. A radioactive iodine uptake test might also be administered to measure how quickly your thyroid takes up iodine. A high uptake of iodine is consistent with Graves’ disease.

There’s no treatment to stop the immune system from attacking the thyroid gland and causing it to overproduce hormones. However, the symptoms of Graves’ disease can be controlled in several ways, often with a combination of treatments:

beta-blockers to control rapid heart rate, anxiety, and sweating
antithyroid medications to prevent your thyroid from producing excessive amounts of hormone
radioactive iodine to destroy all or part of your thyroid
surgery to remove your thyroid gland, a permanent option if you can’t tolerate antithyroid drugs or radioactive iodine
Successful hyperthyroidism treatment usually results in hypothyroidism. You’ll have to take hormone-replacement medication from that point forward. Graves’ disease can lead to heart problems and brittle bones if it’s left untreated.

Goiter is a noncancerous enlargement of the thyroid gland. The most common cause of goiter worldwide is iodine deficiency in the diet. Researchers estimate that goiter affects 200 million of the 800 million people who are iodine-deficient worldwide.

Conversely, goiter is often caused by — and a symptom of — hyperthyroidism in the United States, where iodized salt provides plenty of iodine.

Goiter can affect anyone at any age, especially in areas of the world where foods rich in iodine are in short supply. However, goiters are more common after the age of 40 and in women, who are more likely to have thyroid disorders. Other risk factors include family medical history, certain medication usage, pregnancy, and radiation exposure.

There might not be any symptoms if the goiter isn’t severe. The goiter may cause one or more of the following symptoms if it grows large enough, depending on the size:

Your doctor will feel your neck area and have you swallow during a routine physical exam. Blood tests will reveal the levels of thyroid hormone, TSH, and antibodies in your bloodstream. This will diagnose thyroid disorders that are often a cause of goiter. An ultrasound of the thyroid can check for swelling or nodules.

Goiter is usually treated only when it becomes severe enough to cause symptoms. You can take small doses of iodine if goiter is the result of iodine deficiency. Radioactive iodine can shrink the thyroid gland. Surgery will remove all or part of the gland. The treatments usually overlap because goiter is often a symptom of hyperthyroidism.

Goiters are often associated with highly treatable thyroid disorders, such as Graves’ disease. Although goiters aren’t usually a cause for concern, they can cause serious complications if they’re left untreated. These complications can include difficulty breathing and swallowing.

The causes aren’t always known but can include iodine deficiency and Hashimoto’s disease. The nodules can be solid or fluid-filled.

Most are benign, but they can also be cancerous in a small percentage of cases. As with other thyroid-related problems, nodules are more common in women than men, and the risk in both sexes increases with age.

Most thyroid nodules don’t cause any symptoms. However, if they grow large enough, they can cause swelling in your neck and lead to breathing and swallowing difficulties, pain, and goiter.

Some nodules produce thyroid hormone, causing abnormally high levels in the bloodstream. When this happens, symptoms are similar to those of hyperthyroidism and can include:

high pulse rate
nervousness
increased appetite
tremors
weight loss
clammy skin
On the other hand, symptoms will be similar to hypothyroidism if the nodules are associated with Hashimoto’s disease. This includes:

Most nodules are detected during a normal physical exam. They can also be detected during an ultrasound, CT scan, or an MRI. Once a nodule is detected, other procedures — a TSH test and a thyroid scan — can check for hyperthyroidism or hypothyroidism. A fine needle aspiration biopsy is used to take a sample of cells from the nodule and determine whether the nodule is cancerous.

Benign thyroid nodules aren’t life-threatening and usually don’t need treatment. Typically, nothing is done to remove the nodule if it doesn’t change over time. Your doctor may do another biopsy and recommend radioactive iodine to shrink the nodules if it grows.

Cancerous nodules are pretty rare — according to the National Cancer Institute, thyroid cancer affects less than 4 percent of the population. The treatment your doctor recommends will vary depending on the type of tumor. Removing the thyroid through surgery is usually the treatment of choice. Radiation therapy is sometimes used with or without surgery. Chemotherapy is often required if the cancer spreads to other parts of the body.

Hyperthyroidism is often caused by Graves’ disease, an autoimmune disease that isn’t preventable. You can set off an overactive thyroid by taking too much thyroid hormone. If you’re prescribed thyroid hormone, make sure to take the correct dose. In rare cases, your thyroid can become overactive if you eat too many foods that contain iodine, such as table salt, fish, and seaweed.

Though you may not be able to prevent thyroid disease, you can prevent its complications by getting diagnosed right away and following the treatment your doctor prescribes. 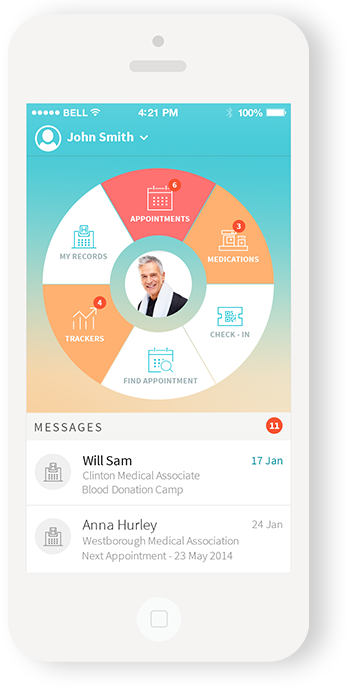